From this page you can access some of the Abel Tasman interactive developed by Robert Jenkin in Flash MX for Golden Bay Museum in 2010 and 2012: 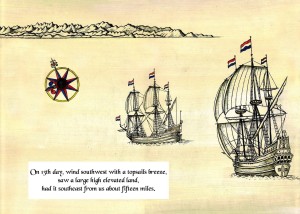 Visit the Golden Bay Museum in Takaka to see the whole display.

Funding for completion of the interactive was provided by Tasman District Council in 2012, and Robert also gratefully acknowledges the following for their help:

One Response to Tasman Interactive